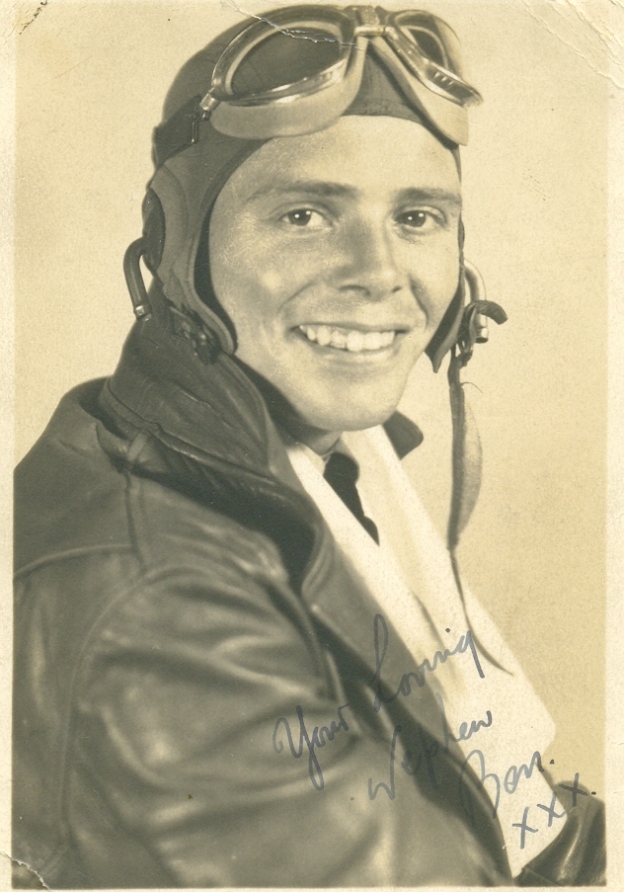 Many thanks to Liz for passing on this wonderful picture of Ben Wood, her husbands Uncle.

Benjamin ‘Benny’ Wood was lost with all of his crew on the 23rd of June 1943 on the Mülheim Op – their aircraft, Stirling Mk.III EF408 AA-P was hit by flak.

Liz has passed on the following biographical information on Ben:
Ben was born in 1919 in New Tredegar, Wales, the family went to Jersey in about 1928.  He finished his education at St Clements School Jersey.  His first job was as a bus conductor.  He was then an apprentice Motor Engineer at La Motte St Garage, Jersey.  As he was of military age, had he stayed in Jersey he would have been interned.  He left the Island in June 1940, and joined the RAF.   Trained as a Cadet Pilot at the Dart School of Aeronautics, Albany, Georgia, USA.  He married Sadie on 13th April 1943 and tragically died only two months later.

See the gravestones of the Wood crew, now resting in Reichswald War Cemetery here.
See a photograph of Ben as a young man, tending vegetables in his parents garden in Jersey here.
Read about the Wood crew and their Wreless Operator Edgar Reader here.