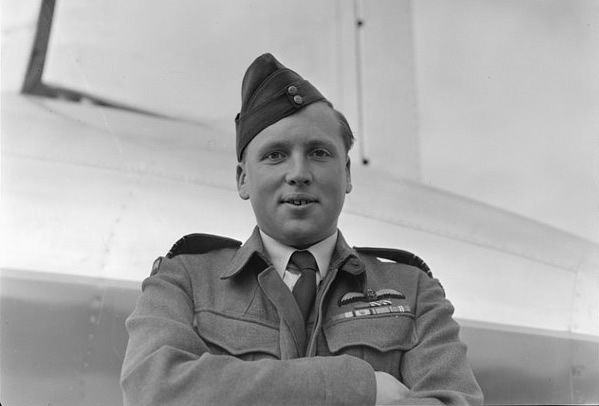 Many thanks as always to Chris for keeping the posts going! – this time with a Who’s Who of Commanding Officers from 75(NZ) Squadron RAF in 1945. In putting the post together, I realised that at the foot of a page in Dad’s logbook, there was Mac Baigent’s signature, on Bobs sign off from his second tour – I had looked at these pages a thousand times and never noticed it………

As Chris does at the foot of this post, I must, as always, thank Peter and the New Zealand Bomber Command Association for more pictures that I certainly haven’t seen before from their archive.

Baigent was still ten days short of his 22nd birthday at the time, the youngest squadron commander in RAF Bomber Command.

Apparently some on Base gave him the nickname “Boy”, but only behind his back! Despite the baby-face and clear complexion, he was tall and apparently physically quite strong.

He was also very popular, and acknowledged for looking after new crews, often taking them on their first op’s. He flew 15 op’s in his time as CO, for a total of 70 by war’s end.

He also led three Operation Manna trips, including the Squadron’s very first on 29 April, one of the post-war flights to evaluate German radar, a farewell salute flypast for RNZAF airmen on the SS Andes, and one Operation Spasm (trip to Berlin to view the City on the ground).

He commanded the Squadron for the rest of the war, through the move to RAF Spilsby for Tiger Force training, and right up until it was disbanded in September 1945. He was awarded the DSO just as they moved to Splisby.

Citation – Distinguished Service Order
17 July 1945, 75 (NZ) Squadron, RNZAF
Throughout three years of operational duty this officer has displayed conspicuous gallantry and exceptional determination.  Since the award of a bar to the Distinguished Flying Cross, he has taken part in many attacks against important and highly defended targets.  Both in the air and on the ground, Wing Commander Baigent has proved to be an able, keen and courageous leader, who has invariably set an inspiring example to all under his command.

He later rejoined 75 Squadron for the RNZAF’s deHavilland Mosquito ferry flights from England to New Zealand.

Citation – Air Force Cross
New Year 1948, 75 Squadron, RNZAF
This officer was posted to 75 Squadron as a Flight Commander in October 1946 for Mosquito ferry training duties.  Early in 1947 he proceeded to the United Kingdom and delivered his first Mosquito to New Zealand.  Since then this officer has delivered two more aircraft from the United Kingdom.  Furthermore he has assumed command of the Squadron and despite the time occupied in flying, he has completed much valuable work in New Zealand, the United Kingdom and on the ferry route to make this difficult task of ferrying easier and more practical.  By his keenness and fine leadership he has maintained a high morale amongst aircrew of his Squadron and his never failing enthusiasm and energy have made him an outstanding figure and he has won the admiration and respect of all ranks.  Squadron Leader Baigent has now completed 1,572 hours flying of which 279 hours have been flown within the past six months 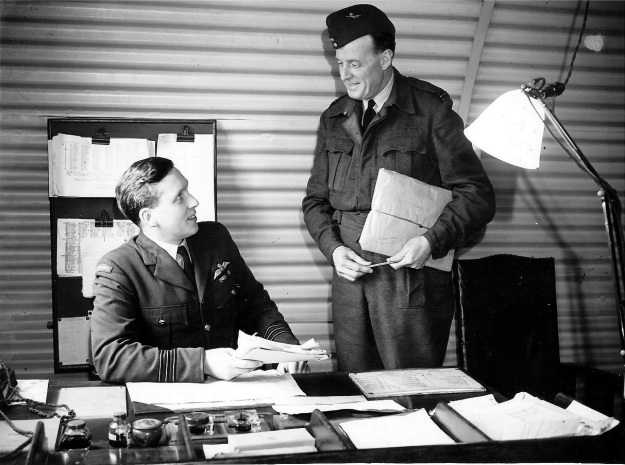 The Squadron Adjutant’s role was as administrative assistant to the Commanding Officer, non-flying, essentially to keep the CO’s desk clear of as much paper as possible so that “the boss” could concentrate on operational matters. One of his responsibilities was probably the maintenance of the Squadron Operational Record Book (ORB) as Bewsher’s name appears on some of these forms. 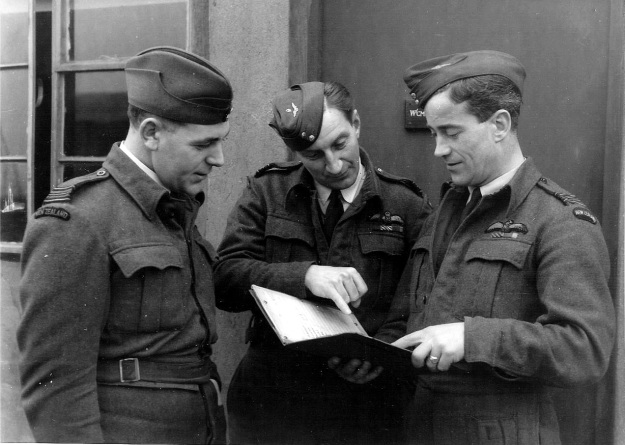 Bob Rodgers came from Timaru in New Zealand. After initially enlisting in the Army, he was accepted into the RNZAF on 4 July 1941. He trained on Tiger Moths at No. 1 EFTS, Taieri, and then on twin-engined Airspeed Oxfords at 1 SFTS Wigram. He graduated as a pilot on 29 January 1942 and a week later was on his way to England by sea.

He completed a refresher course on Oxfords at Little Rissington, converted to Wellingtons, then on 10 September 1942 he and his crew were posted to 115 Squadron at Mildenhall. Within five days they were in action on a raid to the Ger­man city of Essen. After 22 op’s, he was seconded to 105 (Mosquito) Squadron at RAF Marham as a Gee instructor in February 1943, but returned to 115 Sqdn to complete his tour on Lancasters on 12 May 1943.

He was posted to instructional duties at Lancaster Finishing School at Waterbeach, and on 6 June, D-Day, he applied to take a day off from instructing at the conversion unit to command a Lancaster on a raid on the Lisieux marshalling yards. His DFM came through on June 8.

Rodgers was posted to 75 (NZ) Squadron on 20 September 1944 and promoted to Squadron Leader, after the Squadron lost its B Flight Commander Garth Gunn, who was seriously injured on 17 September when he crash-landed at RAF Hawkinge on return from a daylight raid on Boulogne, and later died of injuries sustained in the crash.

In his book “Luck and a Lancaster”, Pilot Harry Yates DFC describes his boss:
“Squadron Leader Rodgers was a New Zealander and rather taciturn by nature. His post required him to be something of a communicator, and to this he responded with typi­cal Kiwi straightforwardness and informality.” 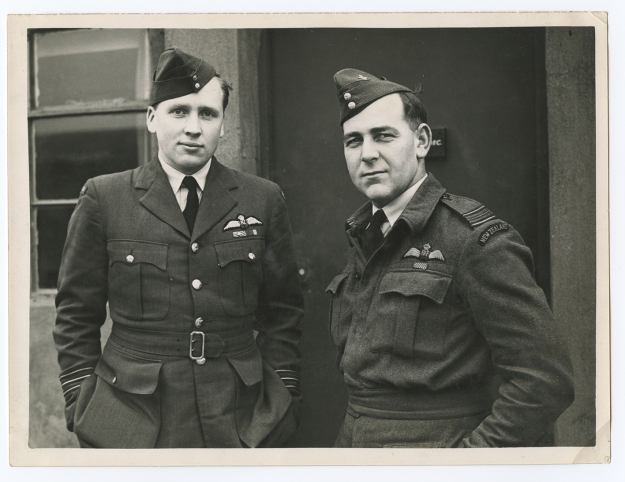 As Flight Commander and something of a Gee H specialist, Rodgers often flew as G-H leader and/or master bomber. He com­pleted his operational career on 6 March 1945 when he flew his fifty-sixth op’ to Salzbergen in Lancaster RF159, AA-X, as G-H leader.

Citation DFC
22 May 1945 75 (NZ) Sdqn:
This officer has completed numerous operational sorties as pilot and captain of aircraft and has invariably displayed outstanding courage and devotion to duty. As a Flight Commander his fearlessness and resource have proved an inspiration to those under his command. He has always shown great enthusiam for operations. 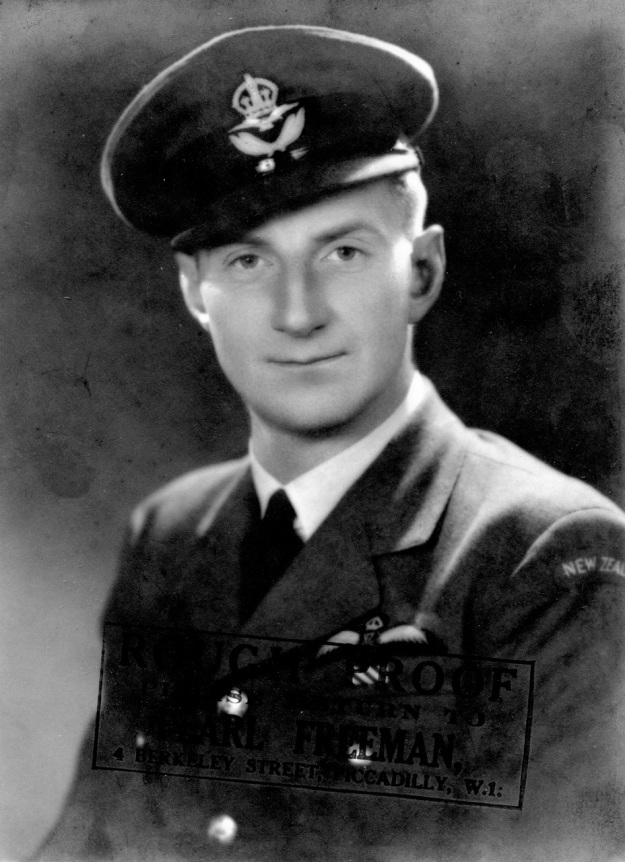 Jack Wright was born in Tirau, in the Waikato.

Citation DFC (Imm) 23 Dec 1942:
This officer has participated in many attacks on some of the most heavily defended targets in Germany. His painstaking search to identify and attack the target is worthy of the highest praise. One night in September,1942, when returning from an attack on the Ruhr a Junkers 88 was observed. By skilfully manoeuvering his aircraft Pilot Officer Wright enabled his gunner to open fire and destroy the enemy aircraft. At all times he has displayed courage and devotion to duty of the highest order.

He and his crew volunteered for the new specialist Pathfinder force and completed a second tour (24 op’s) with 156 (PFF) Squadron, forming the famous ‘Thomas Frederick Duck’ crew. 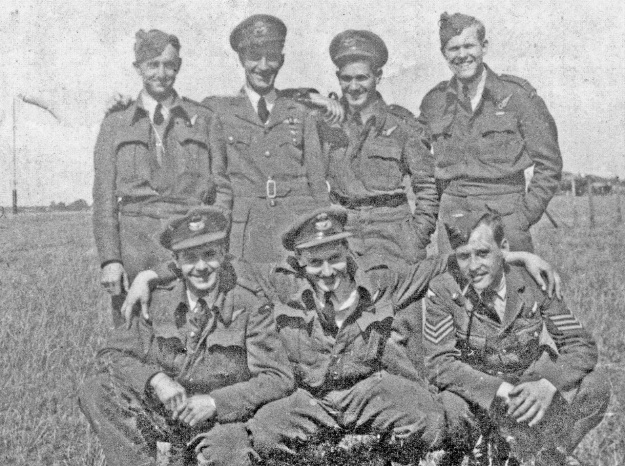 After various staff appointments he rejoined 75 (NZ) Sqdn on 28 Nov 1944 as a Squadron Leader, and “A” Flight Commander.

Squadron Leader) John Mathers “Jack” Bailey, DFC*, NZ412183 RNZAF
Jack Bailey was from County Tyrone, Northern Ireland, but moved to New Zealand just before the war to farm in Ohingaiti, in the Manawatu. He enlisted in the R.N.Z.A.F. in 1941, was trained in New Zealand and then shipped to England.

Citation Distinguished Flying Cross
9 June 1943 [75 (NZ) Sqn]:
Throughout his operational career Pilot Officer Bailey has invariably displayed the utmost eagerness to proceed on operations. He always attacks his targets with skill and determination and has taken part in missions over heavily defended areas in enemy territory, such as Berlin, Cologne, Turin and Essen. Pilot Officer Bailey is an excellent captain of aircraft, who has performed all his duties in an exemplary manner. 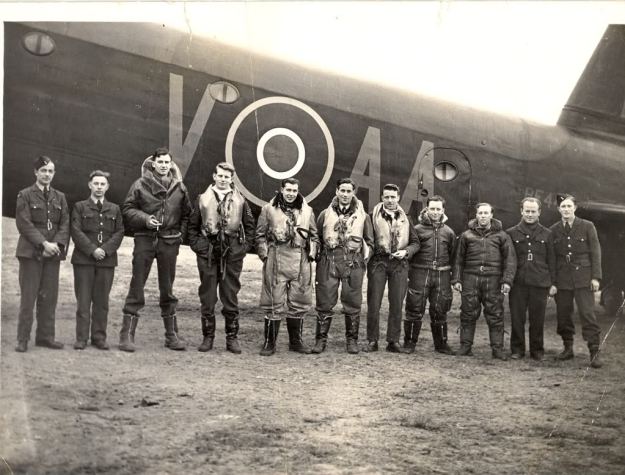 After a period of instructional duty, S/L Bailey returned to the New Zealand squadron in late 1944 and began his second tour of operations. Bailey posted in as F/L, appointed to acting rank of S/L w.e.f. 10/11/44.

The Navigator from his first crew, Fray Ormerod DFC, held the posts of Navigation Leader and Operations Officer while Bailey was at Mepal.

Bailey became famous as the Pilot who took his Lancaster, NE181, JN-M “Mike”, The Captain’s Fancy” on her 100th op’ to Krefeld on 29 January 1945, the first New Zealand bomber to pass the magic “ton”. 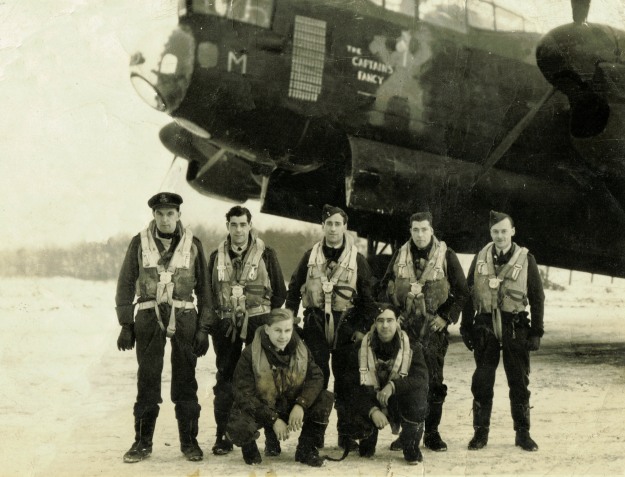 He also flew a memorable op’ to Osterfeld on 22 February, which led to the award of a bar to his DFC.

Citation Bar to the Distinguished Flying Cross (Imm)
1 March 1945) [75 (NZ) Sqn]:
Since being awarded the Distinguished Flying Cross, Squadron Leader Bailey has participated in many sorties against some of the most heavily defended targets in enemy territory. He has consistently displayed a high standard of courage and skill, qualities which were well evident on a recent occasion in February, 1945, when he led the squadron in an attack on an oil refinery at Osterfeld. Whilst over the target the aircraft was hit in several places. The starboard inner engine was rendered unserviceable and the propeller had to be feathered. In spite of this, Squadron Leader Bailey executed a successful attack. The attack on the Osterfeld refinery took place on afternoon of 22/2/45, and the bomb load of this particular aircraft was one 8,000 pound HC, and six 500 pond MC bombs. The ORB merely commented “Flak accurate and intense, several aircraft damaged”.

As always, thanks to Peter Wheeler and the NZ Bomber Command Assn., for permission to reproduce these photos.