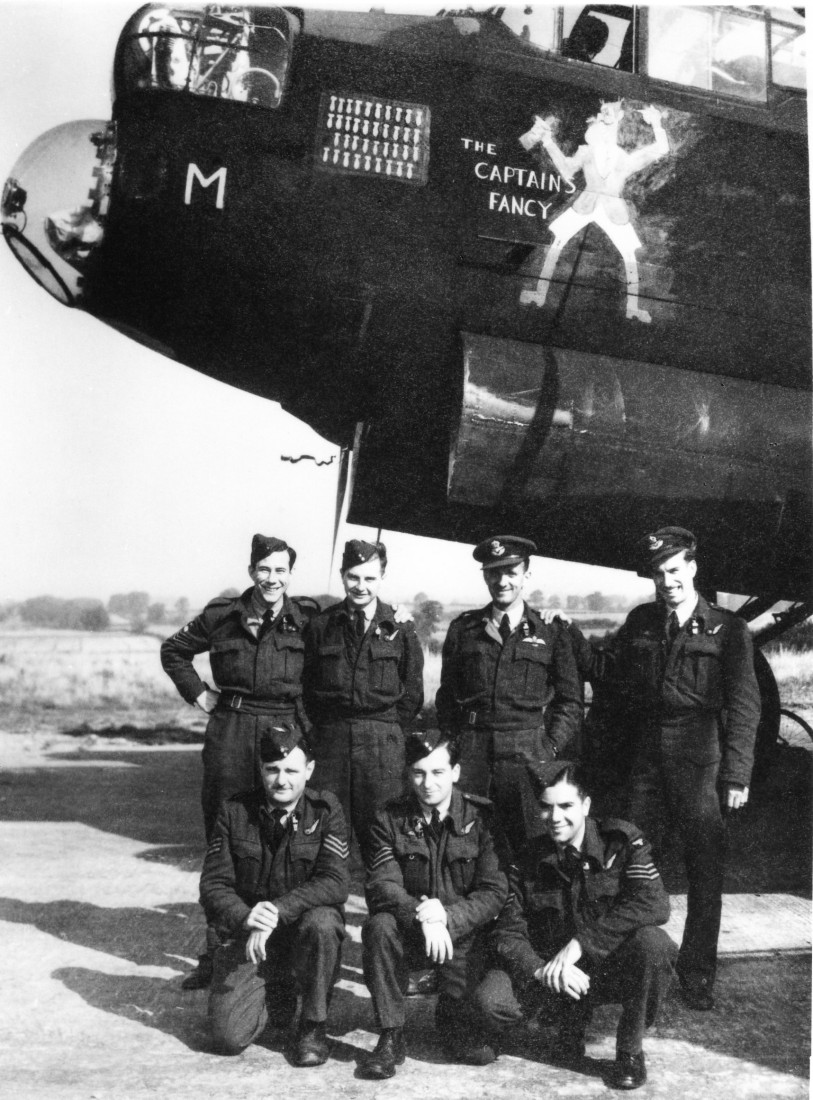 Many thanks to Kevin, who after the post from Chris last night, passed on this fantastic early photograph of NE181 JN-Mike, ‘The Captains Fancy’. Based on the Op count and referring to the history of the aircraft that Chris has been working on, the images dates between the 15th and 16th August 1944.

The photograph is very interesting as it shows a relatively clear version of Capt. Reilly Ffoul – interestingly it also shows a tonal difference around the character and also a box around the Op bombs. My understanding is that the original matt black paint on the side of production Lancasters tended to be repainted once on Squadron (when a new lick of paint was required) with a less matte, but practically more durable black paint. The flatness of the paint around the Op tally and Reilly makes me wonder whether ‘Mike’ had had a second coat of this very matte paint and the painter had perhaps framed the existing artwork, rather than trying to paint to the edges of the artwork? Conversely, perhaps a coat of less matte paint had been used to clean up the edges of Reilly after he had been added to the aircraft and or it had been applied initially to provide a better ‘key’ for the paint work of the mascot and Op tally.

If you count the bomb tally, it appears that on the penultimate row, one bomb on the left hand side of the row seems to have been blacked out, discounting this, the Ops are 38, including this omission as it were, gives us 39 Ops. This in itself provided another conundrum – Kevin said that the photograph had come from Alf Gibbs, Flight Engineer with the Wood crew, but again referring back to the history produced by Chris,  John Scott’s crew flew number 38  and John Lethbridge’s  crew flew number 39 – checking the ORB showed that Alf had not been a fill-in on either of these Ops – so I mailed Kevin back with this query.

Kevin’s answer back was I suppose obvious ‘it makes a good photo for the folks back home…..‘ – doubly so if the boys had any idea how many Ops ‘Mike’ would end up flying with the Squadron and that we would all still be talking about it now!