The Turnbull crew, dated 1944 by the scrapbook caption (below)
© Mike Rowlands 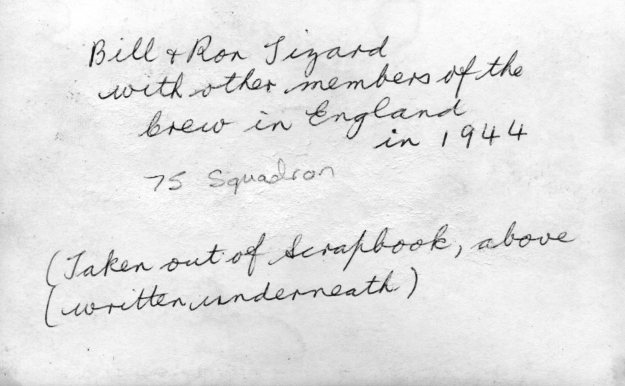 Many thanks to Mike for contacting me about his father, John Rowlands, who was the Wireless Operator with the Turnbull crew towards the end of 1945. The crew were fortunate, arriving too late to have to fly any bombing missions, however they took part in Supply dropping and repatriation of Prisoners of War, Belgian refugees and also a number of flights to view the effects of bombing.

Mike has supplied a couple of wonderful photographs of the boys. Time and location is not clear – my heart jumped when I first saw the nose art on the Lancaster in one of them, but judging by the date, it’s more likely to be have taken at  Lancaster Finishing School, rather than at Mepal – but a fantastic picture nevertheless. What is also nice is the reverse of the  image (at the foot of the post) is the names and addresses of some of the crew, including the pilot Bill Turnbull.

According to Mike, his father was very good friends with Bill Turnbull and his wife, Agnes. Bill and Agnes retired to KeriKeri Bay and tried to get John to emigrate to New Zealand. Sadly Bill passed away in 1974, being laid to rest in KeriKeri cemetry. John subsequently moved to New Zealand in 1974 with the family and they became close to Agnes, staying with her on many occasions.

Mikes mother, was in the WAAF (Joan Eleanor Fenney) and at various times stationed at Stradishall,Feltwell and Scampton – Mike is keen to hear about anything related to her time in the RAF and also the stations she was based at………..

Interestingly, John’s last flight was with Wi Rangiuaia’s crew – John, his Air Bomber Mervyn Stewart and his Rear Gunner Sgt. Haden joined this crew on 12.6.45 on another flight to view the effects of bombing. One must assume that at this point, aircrew were beginning to be re-posted or sent for disembarkation. 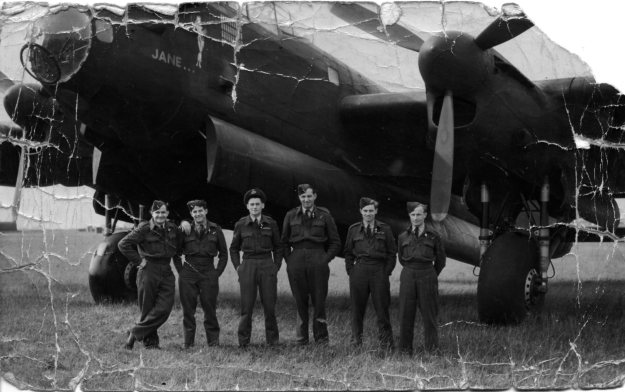 The boys posing in front of a Lancaster – location unknown, though likely to be Lancaster Finishing School.
© Mike Rowlands 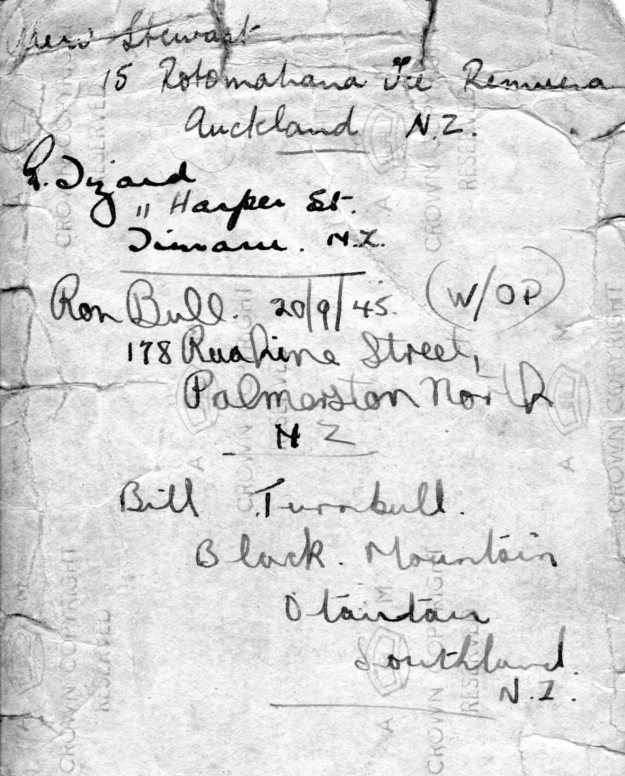