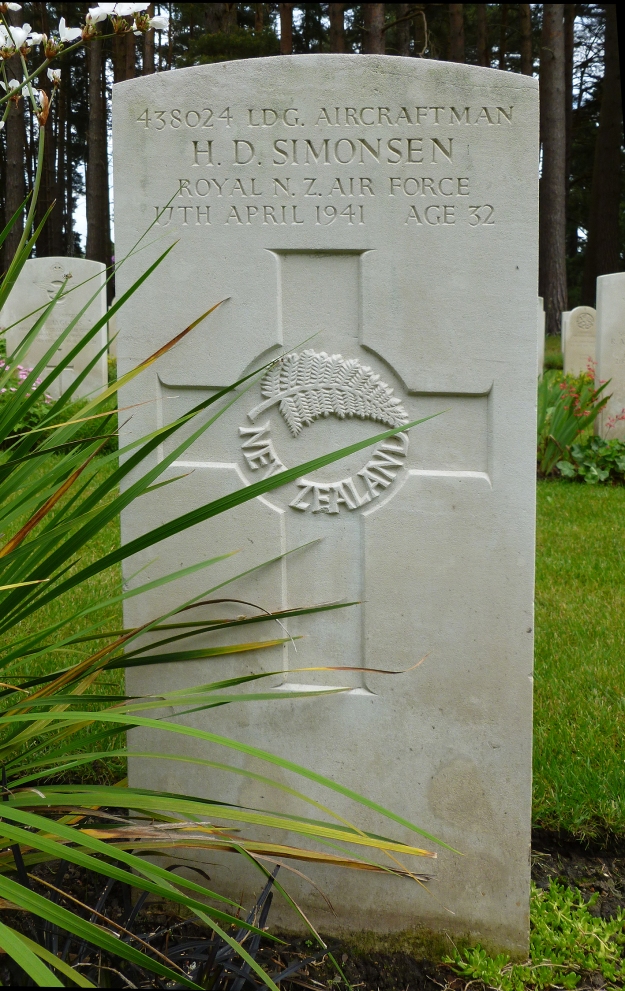 Many thanks to Sandra, my sister for taking time to go to Brookwood Military Cemetery to record the gravestones of LAC Horace Simonsen and S/L Garth Gunn.

Leading Aircraftsman Horace Dean Simonsen RNZAF NZ438024 – Wireless Operator, was killed at the age of 32, whilst on an Air Gunners course, during an air raid on the capital.

LAC Simonsen had arrived at Feltwell  on the 5th of February and was and does not appear to be recorded in the ORB documents I have, so we must summise that his presence on the Air Gunner course was leading to operational flying.

The night of the 16th/ 17th of April 1941 saw one of the heaviest attacks  made on London since the war began. Bombing commenced shortly after 9.00pm and lasted until nearly dawn.

Approximately 66 boroughs were affected, the main bombing being on Central and Southern London. In addition to high explosive and incendiary bombs, a large number of 1,000kg parachute mines were also dropped dropped causing massive damage through blast and fire.

Among the public buildings damaged were St. Pauls Cathedral, the Houses of Parliament, the Admiralty, the Law Courts and the National Gallery. Many roads were blocked and the railway systems were hit in nineteen places. There were a large number of fires, the most serious being at L.N.E.R Goods Yard in Lisson Grove. Other serious fires were caused at Selfridges, Bessborough Gardens, Westminster, and the Kidbrooke R.A.F. Stores Depot. Although many fires were still burning at daybreak, the situation was considered to be under control. 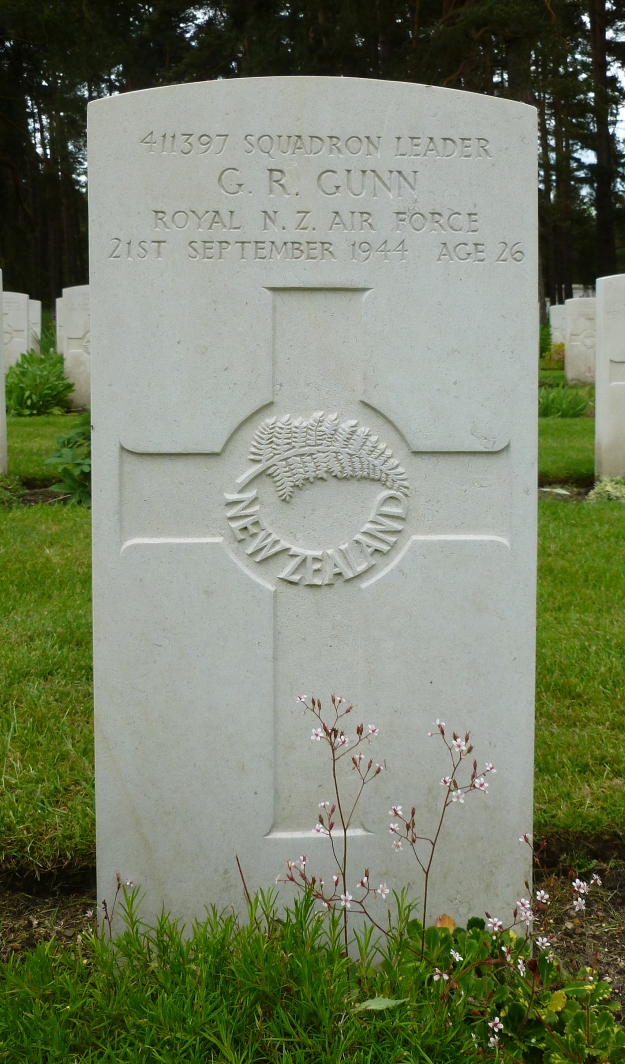 On the 17th of September 1944, 14 Lancasters from Mepal joined a combined bomber force of 762 aircraft to bomb targets around Boulogne in preparation for an attack by Allied troops.

Whilst the anti-aircraft fire was light, it was accurate. Lancaster Mk.III PB430 AA-P, Captained by ‘B’ Flight Commander  S/L Garth Gunn, received a direct hit, which severely damaged the aircraft necessitating both starboard engines being shut down. The Captain and Flight Engineer struggled to maintain control of the aircraft whilst returning across the Channel.

A decision was made to carry out an emergency landing at RAF Hawkinge, an airfield with a short runway. The Lancaster overshot the runway and crashed. The impact killed the Flight Engineer Sgt John Henry Bruce, RAFVR 1566967 and seriously injured the Pilot, S/L Gunn and Air Bomber, F/O Angus Moorcroft Millar RNZAF NZ428249.