My memory was pricked yesterday, when I received a comment from Bruce, identifying his Father, John Fernie in the above photo.

Originally posted, now almost 5 years ago, Chris had come across it in the National Library of New Zealand and had begun to tentatively try to identify individuals within the group.

It sounds awful in a way to say that I had ‘forgotten’ about this photograph, but as soon as I saw Bruce’s comments, I thought I must number up a copy and add it to the Group section of the menu. Clearly great minds think alike – as I received an email form Chris this morning, not only with a numbered up version of the photograph, but also an incredibly comprehensive list of identified individuals in the picture! There are still a few gaps, so, as always if anybody is able to fill the final gaps, please get in touch.

You can read the original post here.
And you can see the new numbered up photograph, with the list of names here

I am pleased to announce the addition to the top menu of a ‘Nominal Roll’ section.

I realise that I have already been working on this project for about a year and a half, gathering information, researching and creating a database. Based on what I have so far done and what therefore seems to remain to do, I now know that is impossible to even, at this point, estimate a completion date.

To this end, I have decided, in the first instance, to put up the original ‘1st occurrence’ list that the database is based on. This list, as the name suggests represents the first occurrence of every individual name that appears in the original crew database. My focus has also further refined – initially I took the reluctant decision to only focus on aircrew, based on the almost complete absence of a verifiable list of groundcrew. I have now taken the decision to focus on aircrew who flew at least 1 recorded Op or post War (Europe) sortie with the Squadron. The Form 540 records, particularly from the very well administered period of 1943, shows the very high number of movements in and out of the Squadron by aircrew who never actually flew operationally. The only exception to this new focus will be those individuals that were killed whilst with the Squadron, but whose death did not occur whilst on Ops.

On inspection, you will see that in its first iteration, the list is very basic, presenting an individual as follows:

Whilst overall, I have more information for most individuals than this, it is not constant or complete. To this end, I think it is better to provide this first complete list and then add/ edit it, regarding extra information than delay publishing for a mythical point of completion that might never be achieved. This current entry should be considered, relative, to what I believe is entirely achievable for the Squadron based on gathered information on my own Father, below:

The Mayfield crew were screened on direct orders from 3 Group Headquarters, prior to the regulation 1st Tour total of 30 Ops being completed. The news was delivered to the crew on the morning of the 20th of November, along with one other crew, as yet to be identified. It would appear, the decision to screen the crew at this point in their tour, was to show the remaining crews that there was in fact a chance to survive the ‘chop’ Squadron, as 75(NZ) Squadron was beginning to be described, at a point in time where crew losses were beginning to mount.

It also strikes me that by making this basic list available, there is far greater opportunity for new information to be provided by visitors to the site. I have activated comments on all pages of the list with the hope that this provides the easiest way for people to add information that can then be added to the database.

One sobering fact that has already come to light, based on a total count in the list is that almost 1/3 of individuals that flew with the Squadron, died in it.

I am currently keen to get the following information on individuals:
Date of Birth
Dates and location of training bases prior to 75(NZ) Squadron
Post 75(NZ) Squadron postings
Post War career/ achievements
Date of death

Please have a look at the list and if you feel you have any useful information, please leave a comment or email me.

Either go up to the top menu or go to the list here.

Chris has come up trumps – massively, with a huge collection of crew photographs that have been added to the respective crew pages on the site. The majority come from the New Zealand Bomber Command Association Archive and as always I must give sincere thanks to the Association and Peter Wheeler. Also massive thanks to everyone else who has passed on photographs to Chris and to those that have given images that have been previously presented in posts, that have now also been added to the crew pages.

Perhaps as I am yet to find a crew picture containing Bob, I find myself always drawn to these photographs. To see a group of the boys together, usually smiling at the camera, despite the situation they found themselves in makes me think that what we see shining out of these pictures is true spirit and camaraderie – caught in a split second of time, but now persisting forever.

This is a significant addition not only to the crew pages but to the site as a whole and I am sure that some visitors are going to find, perhaps for the first time, a picture of a loved one. Please take the time to have a look via the links below – there are some remarkable examples – and if you can identify anybody in them – as always, please contact us!

New photographs have been added to the following crew pages:

At approximately 10 minutes past 4 on the afternoon of the 22nd of February 1945, Lancaster Mk.I ME450 AA-W crashed, near to Chatteris gas works. All but 2 of the 7 man crew were killed.

I was recently contacted to be informed that there is a plan and the intent to commemorate the Thorpe crew and their loss. Perhaps more interestingly, after research, the committee driving the planned memorial have discovered that in fact, during the War a total of 7 aircraft crashed in the Chatteris area. Quite rightly, it has now been decided that the memorial should commemorate all those crews.

Personally, I think this a very laudable project, bringing together possibly those, not only interested in the History of the RAF and Bomber Command, but also for the inhabitants of Chatteris, their own local history. After so may years, it’s possibly more poignant for those that will walk past this memorial to know nothing of those tragic events until that moment that they do – then leaving with the understanding that the sacrifices of a time long gone, can and should still be remembered today.

To keep informed of the progress of this very commendable project, you can join the groups facebook page here.

More importantly perhaps, you can make a donation to the project on their just gofundme page here.

Many thanks to Chris for the following post that commemorates the 80th anniversary, of what is essentially the start of the 75(NZ) Squadron story……..

80 years ago (today), on the 4th of May 1939, New Zealand government representatives in England took ceremonial delivery of the first of thirty Wellington bombers ordered from Vickers-Armstrongs Limited and being built at their Weybridge factory. The government had made the purchase to establish a long range bomber capability – maritime reconnaissance & defence, potential air co-operation with Australia, and the ability to assist in the defence of Singapore.

Mark 1 Vickers Wellington Type 403 serial number NZ 300 was the first of these to come off the production line, and a photo of her dual-control cockpit has survived, probably taken at the time of the official hand-over. 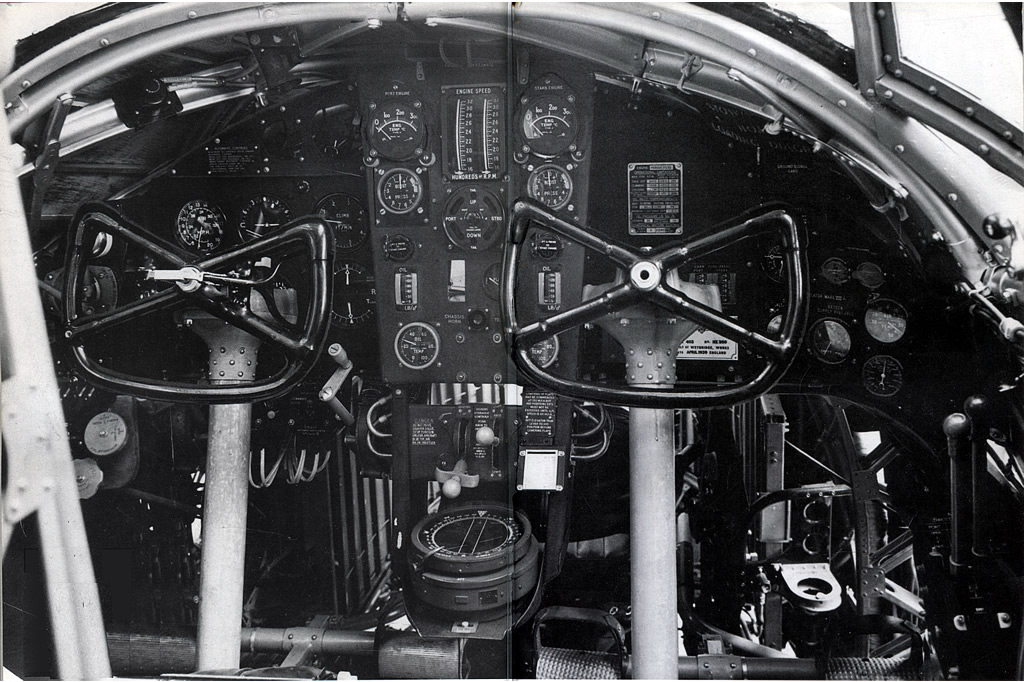 RNZAF personnel were assembling at RAF Marham under the command of S/L Maurice William Buckley, MBE, RNZAF to train for the unprecedented long-distance ferry flights back to New Zealand, supplemented by a small group of RAF technicians with experience in servicing Wellingtons. Marham was home to two Wellington squadrons, 38 and 115 Sqdns, allowing sharing of facilities. 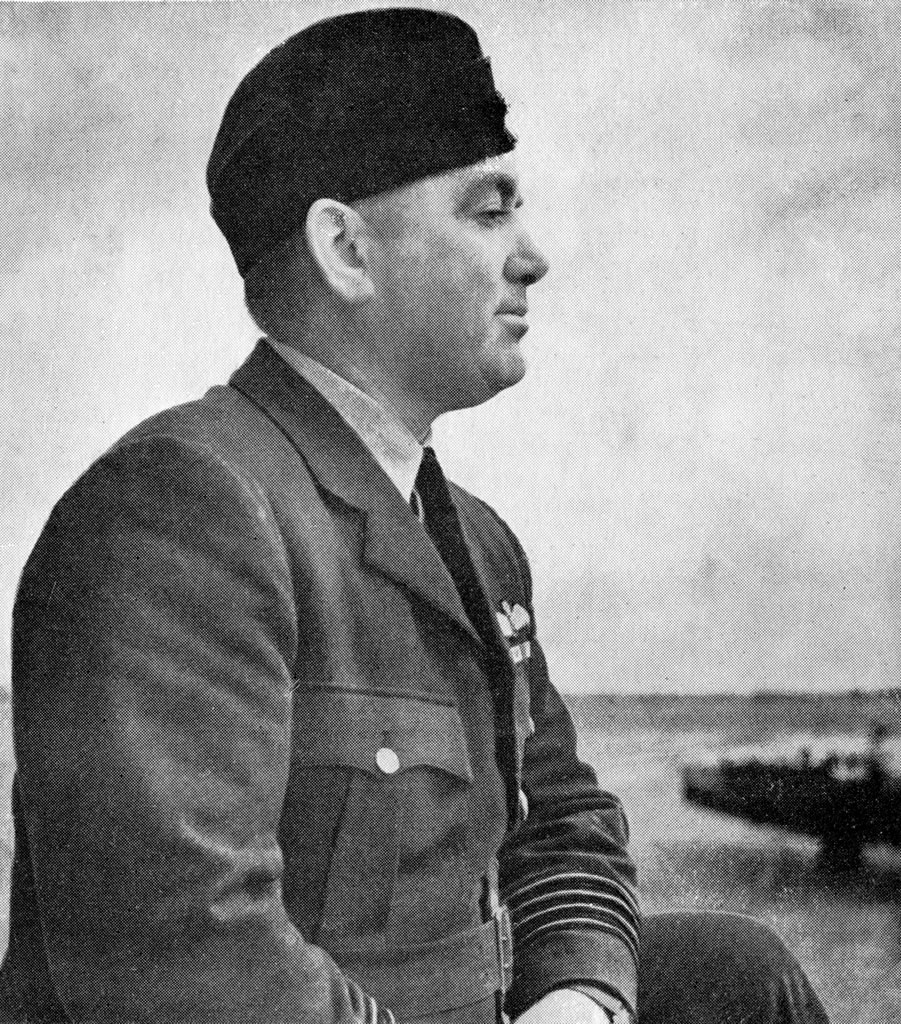 The first NZ Wellington arrived at Marham on the 24th of May, flown in from Weybridge by S/L Buckley, P/O Arthur Rose-Price (a pilot on loan from 38 Squadron) and S/L Sid Wallingford (NZ Liaison Officer, and nominated to lead one of the ferry flights).

Curiously, the first Wellington received was NZ 301, and for some unknown reason, NZ 300 was never delivered to the squadron. A second Wellington, NZ 302, was flown in the following day.

The New Zealand Squadron, the entity which would train the groups of pilots, airmen and technicians selected to fly the bombers back to New Zealand, was officially formed on the 1st of June. Three more Wellingtons arrived that month. S/L Buckley was nominated to lead the “1st New Zealand Mobile Flight”, the first of five planned ferry flights of six aircraft each and due to leave on 1 October.

Only one Flight was ever formed. With the outbreak of war, the New Zealand Government decided that the men and five aircraft of the New Zealand Squadron would be “placed at the disposal” of the RAF, and eventually agreed that they would form the basis of a new squadron in the RAF.

Eleven months later, on the 4th of April 1940, 75 (Bomber) Squadron ceased to exist and it’s number plate was taken over by the New Zealand Squadron, to form 75 (New Zealand) Squadron RAF.

I am really pleased to be able to announce another website, dedicated to the boys that flew with 75(NZ) Squadron.

This time, it’s the Wood crew and the site has been created by Chris Newey, research and post contributing stalwart to this site. Chris, through dedicated research and the help of his cousin’s Phil and Bruce.

The site picks up with the boys as they arrive at No.12 Operational Training Unit , Chipping Warden, on the 30th of May 1944. Here, John Wood, John Pauling, Noel Hooper, Gerry Newey and Bert Cash formed, what would become, with the subsequent arrival of Dougie Williamson and Ralph Sparrow the ‘JN-Dog boys’

The crew arrived at Mepal on Saturday 2 December 1944. They flew 32 sorties – the final Op to Meresburg on the 4th of April 1945, where their luck almost ran out, returning sans Flight Engineer – but thats a tale to read on the site!

Read the story of the JN-Dog boys here.